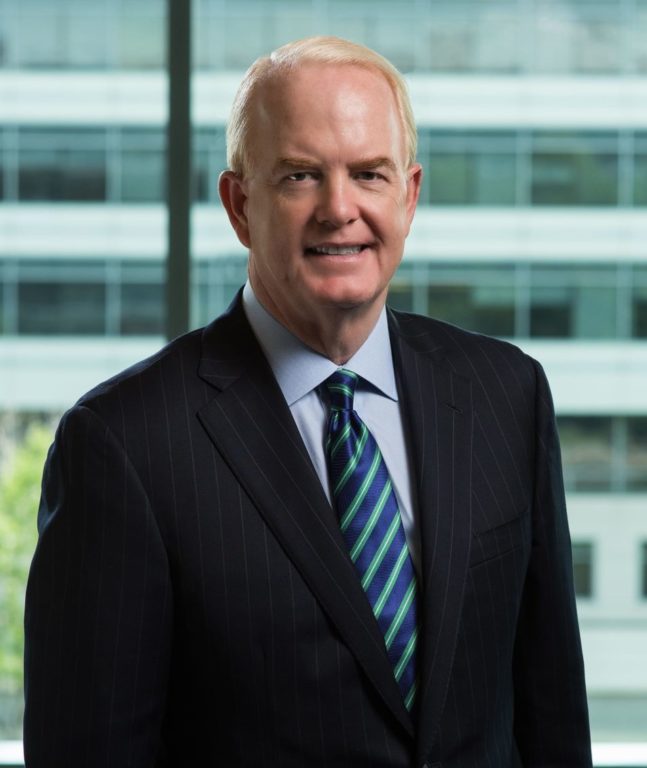 James Kenny has served as a director of Hub Group since May 2016. Currently retired, James has also served on the board of Kenny Industries, LLC, since 2006. Kenny Industries is a holding company that owns office and industrial parks in northern Illinois, among other assets.

From 2011 until April 2020, James served as a director of Kerry Group, PLC, a company traded on the London and Dublin stock exchanges with a market capitalization of 20 billion euro.  He also served on Kerry Group’s Nominating and Compensation Committees.

James served as Executive Vice President and Director of Kenny Construction Company from 1994 until the company was sold in 2012. Kenny Construction Company, founded in 1927, was involved in building projects across the United States and Kenny Management Services oversaw large, complex construction projects such as the Chicago Midway Airport expansion and the Chicago Bears’ stadium renovation. He was also President of Kenny Management Services from 2006 to 2012.

From 2003 until 2006, James served as United States Ambassador to Ireland.

James received his Bachelor of Science Degree in Business Administration from Bradley University.